On the factory floor of old, a supervisor may have stood sentinel over a group of operatives to ensure they did their work properly.

Today, electronics can be used to monitor the performance of staff members, as well as to train them. 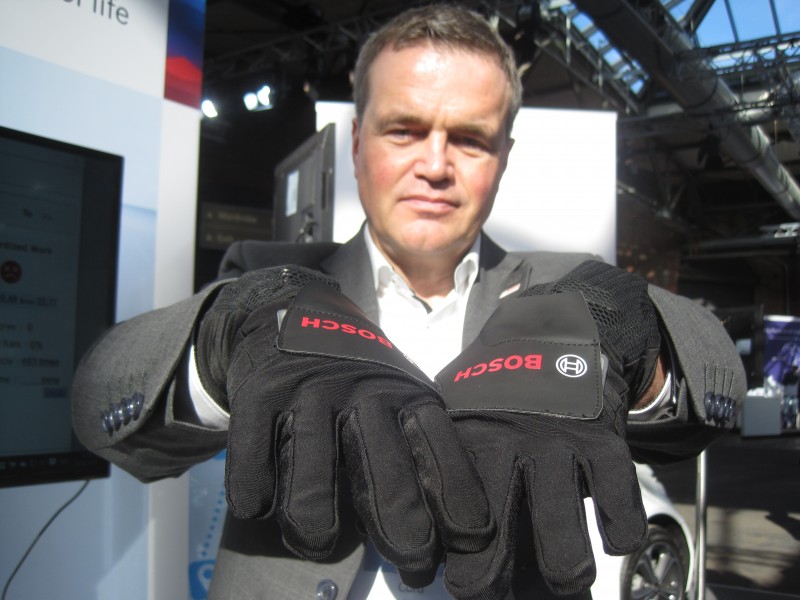 The German electronics and engineering company Bosch is launching an Intelligent Glove (iGlove), which can be used to measure the hand movements of operatives in connected manufacturing.

Using technology similar to that found in cameras and mobile phones to detect which way up a device is, the gloves use Bluetooth to transmit information on movement to a computer or a smartphone.

If the system detects that a particular operation has been performed correctly, a screen shows a green icon; if not, a red image is displayed.

“If you give the operators these gloves, the information is much more detailed and you don’t spend hours with a stopwatch [observing staff]. It’s much more accurate.”

The iGlove helps organisations test how accurately a staff member is carrying out a particular process, allowing for much faster training.

On show at the recent Bosch ConnectedWorld 2018 Internet of Things conference in Berlin, the iGlove will initially be released in China, “a huge market” and where Van Hoersten is based in the city of Suzhou. Roll out to other markets is possible.

The iGlove may also be useful for measuring how performance at a task drops off with time, indicating when staff should swap roles.

Von Hoersten is confident there will be no shortage of customers when the iGlove is released in the second quarter of this year. The indications, he said, are that demand will be “high”.

“It’s higher than we can satisfy. Many people are knocking on our door,” he said.